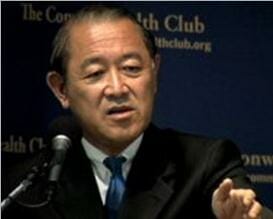 Presentation to be Held at the University of North Dakota (UND)

Japan is an important export market for North Dakota, and exports from the state to Japan continue to grow.  From 2000 to 2011, annual exports to Japan have doubled from $15.1 million to $31.3 million, respectively.

Top products exported from North Dakota to Japan include soybeans, self-propelled dozers, wheat, oil and mustard.  The Red River Valley region of North Dakota and Minnesota supply nearly 65 percent of the soybeans used in the production of Japan’s natto, a popular health food in the country.

According to the Embassy of Japan’s website, Ambassador Fujisaki’s goal is to visit as many states, cities, and places as possible during his tenure.

“I enjoy meeting new people. I also know well that important as it may be, ‘inside the beltway’ is only one part of this great country,” Ambassador Fujisaki said.

Ambassador Fujisaki will present at UND on Tuesday at 3:30 p.m. in Odegard Hall, Room 115.  For more details about Ambassador Fujisaki’s presentation at UND, email Brittany Posey at Brittany@ndto.com and stay tuned for further announcements from NDTO.