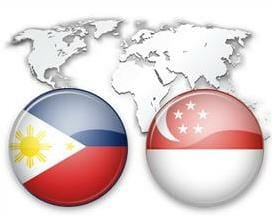 The objective of the Philippine and Singaporean delegation was to purchase specialty crops such as peas, beans, lentils, flours, flax and sunflower seeds for importation and use in the snack food, bakery, pasta and livestock feed industries.

Southeast Asia is one of the most-valuable export markets for North Dakota value-added food products and one that imports more North Dakota foods year-over-year.  As a region, Southeast Asia has a population of over 565 million people; as the countries grow, so do their middle-income populations who drive demand for higher quality foods and, in turn, better food ingredients.  North Dakota’s exports to the region – which includes countries such as Indonesia, Malaysia, Philippines, Singapore, Thailand and Vietnam – have grown over 500% in the last decade, from $5 million in 2003 to approximately $30 million in 2013.

In 2004, the United States Free Trade Agreement with Singapore helped open doors to the region by lowering import duties on American food products.  Currently, leaders of nine countries including Australia, Brunei Darussalam, Chile, Malaysia, New Zealand, Peru, Singapore, Vietnam and the United States are negotiating the Trans-Pacific Partnership agreement to enhance trade between the nine regions.  The agreement is still in negotiations.

The North Dakota Trade Office is scheduled to host the Singapore Ambassador to the United States in North Dakota this November 2014.  More details about this visit will be announced in the coming weeks.