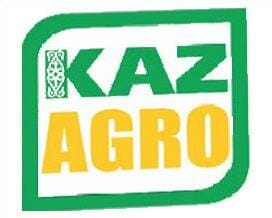 The North Dakota Trade Office (NDTO), along with North Dakota agriculture machinery and technology companies, are returning to the KazAgro Farm Show October 27-29 in Astana, Kazakhstan.  This year, the Ministry of Agriculture of the Republic of Kazakhstan – the main sponsor of the show – has invited NDTO to co-sponsor the program, because of North Dakota’s long-standing relationship with leaders in the Kazakh agriculture sector.

What is the Exhibition?

The Kazakhstan International Exhibitions “KazAgro 2014” is the largest agricultural exhibitions in Kazakhstan.  The shows focus is on crop production as well as livestock production.

“KazAgro 2014” has events that are aimed at the promotion of modern technologies in the agro-industrial complex of Kazakhstan and offer the wide choice of agricultural machinery and the newest scientific and technical development for professional farmers and ranchers.

Where and When is the Exhibition?

How many exhibitors take part in the Exhibition?

In 2013 over 200 exhibitors from 22 countries took part in the exhibition.

What North Dakota companies are attending the Exhibition?

How is Kazakhstan making it easier for USA Companies to conduct business in Kazakhstan?

If you are a USA or UK Citizen, the Government of Kazakhstan issued an appropriate decree on the establishment of a visa-free regime for citizens of the United States, the United Kingdom, and eight (8) other countries starting from July 15, 2014 to July 15, 2015.  Over this period, citizens of these 10 countries holding valid diplomatic, official and national passports can multiply enter, exit and follow transit through the territory of Kazakhstan without a visa for up to 15 calendar days from the moment of crossing the state border.

North Dakota and Kazakhstan have a mutually-beneficial business and trade relationship which is heavily based on agriculture, specifically machinery and livestock.  Since 2010, $25 million worth of live cattle have been exported from North Dakota to Kazakhstan.  Along with livestock, North Dakota machinery, technology and genetic experts have exported their know-how and products.  In 2013, North Dakota exported $7.2 million dollars in machinery to Kazakhstan.

Who are the organizations sponsoring the Exhibition?  The exhibitions are supported by: