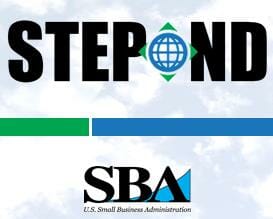 North Dakota companies have been taking advantage of STEP ND funding as they work towards entering and expanding into the international marketplace. The State Trade Expansion Program of North Dakota (STEP ND) reimburses companies for expenses related to focused sales trips, shipping costs, and foreign language translations. Three companies, SB&B Foods, Summers Manufacturing, and WCCO Belting, have shared a glimpse of the success they’ve achieved as a result using STEP to boost their international exposure and increase exports.

WCCO Belting of Wahpeton, ND took advantage of the STEP ND program soon after it was introduced, using the funds to contribute to a large scale website translation project. The agricultural and industrial belting manufacturer translated their website into five foreign languages in 2013.

“That was huge for us,” said Karley Serati, WCCO Belting’s marketing services and CRM manager. “We were overhauling our website anyways and to be able to have it translated at the same time was awesome because who knows when we would have spent the money to get it done besides that.”

According to Serati, the multi-lingual website has become an important selling point, especially in Brazil, where the company has placed a huge focus. Having the website available in Portuguese has shown potential clients that they’re serious about the market, adding legitimacy to their time and efforts spent in-country.

Summers Manufacturing also took advantage of STEP ND funds in 2013. The Devils Lake based company traveled to the Agritechnica trade show in Hanover, Germany to promote their agricultural tillage and spraying equipment. Agritechnica is a notoriously expensive agricultural trade show held every other November. The high expense was greatly reduced however by STEP ND covering 75% of the booth cost, and the closing of a large sale.

“Agritechnica is where we meet with a lot of our customers from the CIS countries,” said Vice President of Sales Brian Perkuhn.  “We met several new customers and dealers at the show and closed a deal for around $1 million by the year’s end.”

SB&B Foods of Casselton recently used STEP ND funds to achieve ground breaking results by way of a trade mission to India in February.  India was considered an uncertain market for the soybean grower and processing company, with SB&B choosing to participate because the cost of the mission was subsidized with STEP ND funding. India has never imported soybeans from the U.S. before. However SB&B Foods had noted that the country’s food grade soybean market was in a transition phase.

SB&B Foods was overwhelmed by the positive response to the trade mission’s activities. “We realized on this mission that soy food companies in India were looking for not only more consistency in a soybean variety, but a better quality,” said SB&B Foods owner Robert Sinner.

SB&B, along with several other companies from the Northern Food Grade Soybean Association have been working with the U.S. Soybean Export Council in India to provide a sample - 5 containers - of soybeans to Indian buyers. The shipment is set for June and will be the first shipment ever of U.S. soybeans to India.

Sinner is very satisfied with his company’s choice to use STEP ND funds and participate in the India trade mission.

“We are very encouraged by the soyfood companies’ responses that we received that there is a great, long-term opportunity for North Dakota growers and suppliers in India."

The STEP ND for 2015-16 was awarded to the NDTO by the Small Business Administration for trips and projects through September 30, 2016. Applications are currently being accepted and are available at www.ndto.com