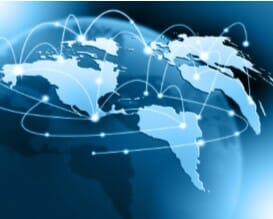 The World Bank released their Doing Business 2019 report in October, which ranks the world’s markets by their number of regulations that enhance or constrain business. The report analyzed the ease of doing business within 190 markets, including a metric on the ease of trading across borders. With respect to trade, here’s a summary of their findings.

Scores for facilitating trade across borders were based on the reforms undertaken by countries to simplify trade and decrease time at the border.

China had improved regulations over last year. The country created a single window for a national trade administration, which includes tax and customs agencies, port authorities, the Ministry of Commerce and other agencies that deal with import and export.