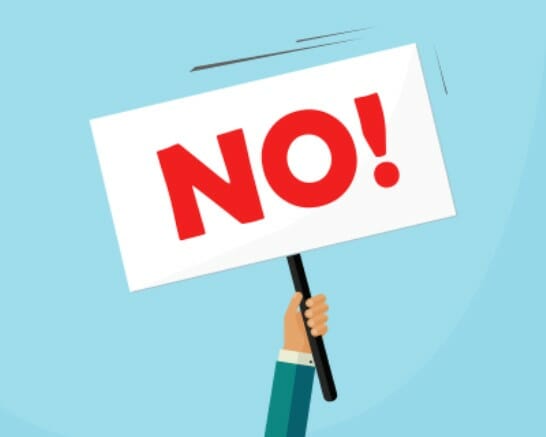 When in Rome: Countries that Don’t Like to Say ‘No’

Americans are known for being direct negotiators and saying no when they mean it, but this style of communication isn’t popular in the world. There are many countries in which saying no is frowned upon. Here we’ll look at a number of cultures that may say yes when they mean no, and how to find out if your negotiating counterparts fall under this category.

NDTO’s When in Rome series examines cultural issues that may affect exporters including business card etiquette, gift giving, small talk around the world and alcohol and business.

The first country on our list that doesn’t like to say no is Chile. Chilean culture values “saving face” and thus will not give negative feedback. Instead of no, you may hear maybe or possibly, or your Chilean customer may fall silent. If it’s your turn to offer a negative response, you’re encouraged to echo this practice in order to remain polite. If there is a negative issue to be discussed, a private conversation with the appropriate person is the way to go.

Thais literally cannot say no as the word doesn’t directly translate into their language. Rather, there is a phrase that means “not yes.” It’s important to pay attention to non-verbal communication in Thailand and any pauses in conversation, as they may be used to bypass saying no. Your negotiation counterpart may ignore a question or “not understand” a question instead of saying no. Pay close attention to your customers’ smile – it’s used to convey many things, including approval, displeasure and embarrassment.

Egyptians are more likely to give ambiguous answers than say no. You may hear, “We’ll think about it,” or “We’ll look into this” or even silence when the real answer is no. A yes may also be a softer way of saying maybe. It’s wise to adapt the same manner or risk appearing rude.

People in the United Arab Emirates also don’t like to give direct refusals. They may say yes to delay the negotiation or convey it’s possible. Further discussions are needed to clarify. This may vary when dealing with large multi-national companies that favor more direct communication.

Kenyan businesspeople are interested in preserving their own dignity as well as yours and will avoid giving negative answers, especially in a group setting. If there is an issue with the deal, they may tell you no by way of a metaphor or a story.

The common thread here is that businesspeople from these countries don’t want anyone to feel embarrassed or lose face, so they’d rather set the deal aside than reject it. This could be an opportunity for you to reevaluate your offer, or further develop the relationship to achieve more understanding.

These cultural cues as well as a ton of country-specific cultural information can be found on NDTO’s website within the A to Z World Trade Reference. Simply go to NDTO’s website and click on Member Login. If you’re new to NDTO, contact info@ndto.com for access.

We use cookies to ensure that we give you the best experience on our website. If you continue to use this site we will assume that you are happy with it.Ok