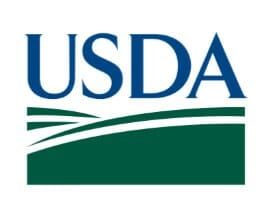 USDA Presents Outlook for US Agriculture at Forum

The US Department of Agriculture held their annual Agricultural Outlook Forum on February 23-24 in Arlington, Virginia.  The forum is the USDA’s largest annual meeting and serves as a platform to discuss key issues within agriculture. This year’s opening speaker was USDA Chief Economist Rob Johansson, who presented the outlook for U.S. agriculture in 2017, including his predictions for global trade.

Johansson first discussed the “mixed signals” within the current agriculture market. He gave examples such as farm productivity advancing and exports increasing at the same time as farm incomes are falling.  Farm income has fallen by almost 30% in real terms since 2013. However, several surveys have indicated that there is an increased optimism in the future economy compared to this time last year.

Johansson spoke on the outlook for prices – most ag commodity prices are expected to be flat or slightly higher for the 2017/18 market year. Net farm income is expected to remain flat in 2017 at $62.3 billion, although he acknowledged that figure will be influenced by additional factors throughout the year.

Johansson commented that increasing ag trade is a key component for ag economy growth. He expects the improved global economy to generate more demand for US products in 2017. Global GDP per capita is expected to rise 1.6% in 2017, up from 1.2% in 2016. Income per person in Brazil, Russia, India, Indonesia, and China is estimated to have increased by 3.7% in 2016 and will increase by 4.3% in 2017. The recessions in Brazil and Russia will subside throughout the year.

The USDA has revised its expected value of trade, increasing it by $2 billion since November for FY2017 for a year-over-year increase of $6 billion.  Major bulk products such as grains, soybeans, cotton and unmanufactured tobacco are expected to rise by more than 10 million MT from FY 2016.

China’s soybean imports will continue to grow, now comprising roughly two-thirds of the world’s soybean trade. Globally, the soybean trade will increase by about 25% over the next 10 years – an additional 36 million MT – and reach almost 180 million MT by 2026/27. China’s soybean imports will be responsible for 85% of that increase. The US, in turn, will increase its soybean acreage by 4.6 million acres to 88.0 million.

An important aspect of the world’s demand for US food products is the growth of the middle class worldwide. Another factor is the relative youth occurring in developing countries, which combined with strengthening economies, increases the demand for meat protein and processed foods.

USDA forecasts India to be the fastest growing major economy in the world over the next 10 years, growing at 7.6% per year in real GDP. Population growth is expected to slow, pushing up income rates per person. Demand for fruits, vegetables, edible oils, pulses and animal products is expected to rise. India has been a difficult market, with US exporters struggling to make inroads.

The grains and oilseeds trade is expected to rise to meet the growing demand. Global trade of wheat will increase by 17%, coarse grains by 15% and soybeans and products by 24%.

The US will continue to be the world’s largest corn exporter for the next 10 years with a 34% share. However, that number will lower as Ukraine, Argentina and Brazil’s corn exports increase. Brazil’s growing safrina corn crop is expected to directly compete with US producers. Brazil will remain the world’s largest soybean exporter, growing from a current 42% share to a 50% share of world soybean exports by 2026/27. The US will also grow export volumes but see its share reduced to 33% of world soybean exports by 2026/27. Increased US production will be a result of yield growth and be primarily in domestic crush and meal use. South American growth will be a result of increased yields and area.

Johannson said that while grains and oilseeds have experienced record global crops, their demand has only increased modestly, and this has resulted in stock building and price declines.  Global stocks have continued to grow, minimizing the effect of global production disruptions on price. For this reason, along with the strong dollar, Johannson believes 2017 will remain a competitive trade environment.