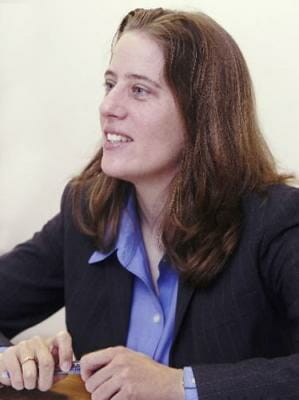 The Forum of Fargo Moorhead Heather Ranck can be one of North Dakota exporters’ best friends. Ranck is the international trade specialist for the U.S. Commercial Service’s Fargo office, 51 Broadway, Suite 505. She’s been with the Fargo office since it opened in March 2005. The state was served previously by the commercial service’s Minneapolis office.

The U.S. Commercial Service, a division of the U.S. Department of Commerce, has a network of trade specialists in 50 states, 70 countries and 15 embassies.

In North Dakota, the commercial service is working with 221 clients, up from 103 when the Fargo office opened, and provided direct assistance in exporting more than $3 million of goods and services in the past two years.

Ranck has helped clients with everything from finding new overseas distributors to helping clear items through customs.

Her office works closely with the North Dakota Trade Office (a public/private partnership) and has helped organize a number of state trade missions overseas.

Q: How about a short explanation of what your office does?
A: It was determined many American companies were hesitating to go into international markets.
So the federal government established the U.S. Commercial Service to assist primarily small- and medium-sized companies to expand exports.

We have offices around the world. Any U.S. company can get its questions answered by our local, on-the-ground people. It’s a really neat network.

The expression we often use is, ‘We’re the eyes and ears of the U.S. business community.’
You work with the North Dakota Trade Office… They rely on us for a lot of the international contacts.
When they do a trade mission, we start at least six months ahead of time developing a contact for each company.

Q:What’s the biggest obstacle to N.D. companies that want to export? Red tape?
I think the biggest thing that holds people back from doing more is more a mindset than actual red tape.

The first time is always a little challenging. Each country has their own laws, their own tariffs and duties and regulations.It depends on the product. Some products have a lot of red tape. Anything military-related.

Q:Are there fees for your services?
If someone just contacts me with questions, there are no fees. Once we get into something where there’s extensive work being done on behalf of one company at a time, then there are fees.

They’re at very cost-effective rates. Probably the most popular service we do is the Gold Key Service, where we line up appointments for companies internationally with pre-screened potential buyers. That would cost somewhere between $700 and $1,000 for those appointments. Probably quite a bit less than a company would incur on their own, and less than our actual cost of running it. It’s a government service.

Q:What reaction are you getting from North Dakota companies?
People are very open-minded to exporting. They’re trying it. They’re not afraid.

I think because we’re a rural state, people are more accustomed to looking out for markets. You look at countries like Canada and Australia. They’re very export-oriented. They’re pretty rural. They don’t have enough market in their own country, so they’re always more export-oriented. I see North Dakota as having a similar openness.

It’s very rare I come across a company that’s completely closed-minded and won’t even consider it.
The bigger constraint is finding the time because a lot of companies are really busy with U.S. orders. A lot of times they won’t have enough staff people, especially when they’re getting started in international.

Q: Do you spend much time overseas yourself?
I’ve lived overseas quite a bit prior to coming here. I’ve gone on trade missions to Australia and Ukraine, Kazakhstan and Russia. I’m so busy here, it’s hard to get away.

Q:What’s your background?
I’m from Lancaster County, Pennsylvania. I grew up on a dairy farm there.
My parents were very international. They’d lived in Brazil – I was born in Brazil. I was always interested in international development work.  I did volunteer work in Congo and worked in the nonprofit sector in (Washington) D.C. I went back to Africa in an agricultural development program helping farmers to produce enough food to feed themselves. And then I moved here (in March 2005).

Q:You lived in some pretty warm places. Was it a big adjustment here?
I think I actually prefer the cold because the heat can get oppressive. I really enjoy North Dakotans and working in North Dakota.

Published by The Forum of Fargo-Moorhead, April 2, 2007