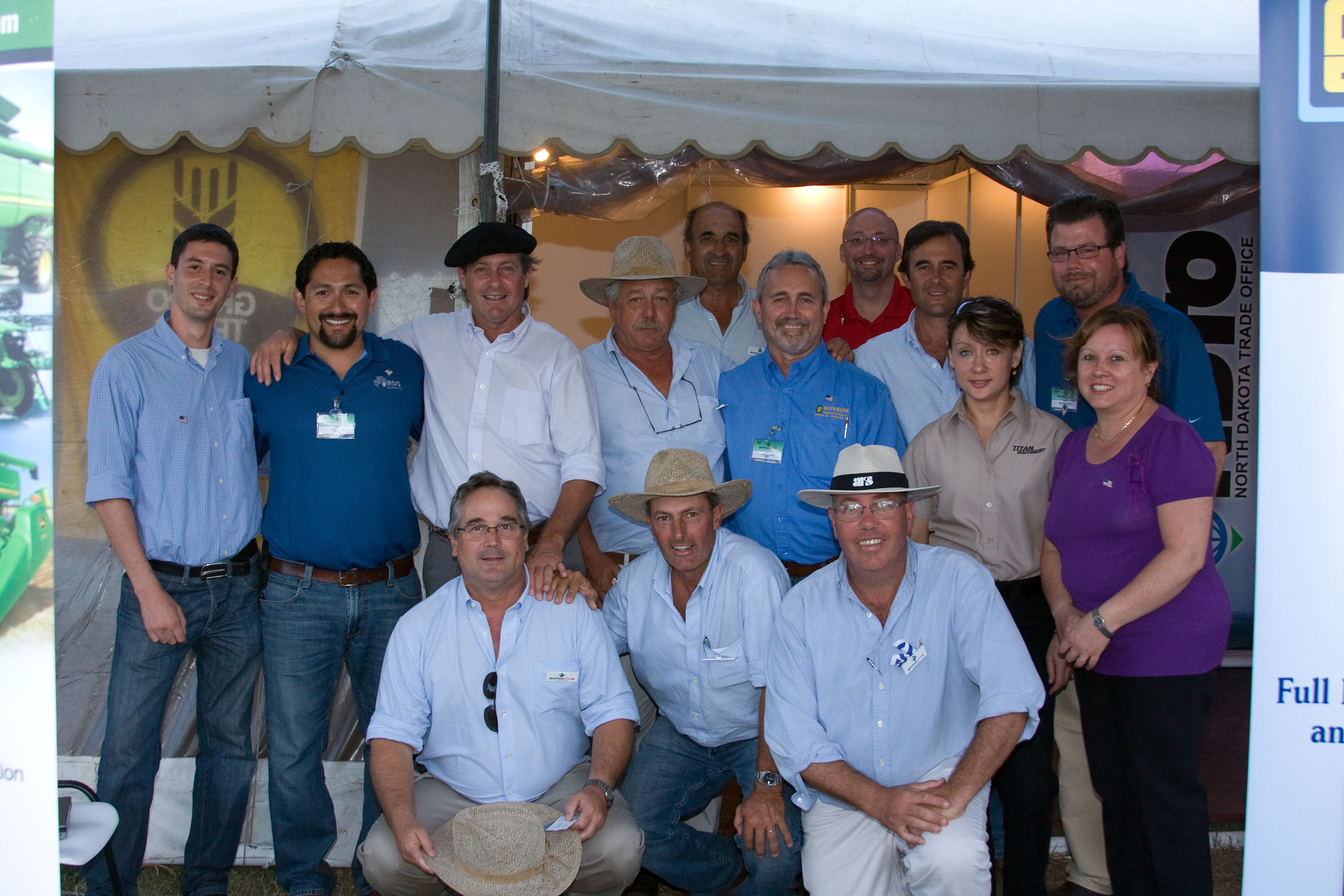 For three North Dakota Trade Office member companies, a recent trip to Uruguay proved to be good for business.   The purpose of the trip was to take part in Expoactiva 2011, the largest agricultural show in the South American country.  The show is held in Mercedes, Uruguay annually and is focused on agricultural practices and equipment.  It has proven to be a big draw for agribusiness with approximately 25,000 attendees coming from Argentina, Uruguay and other parts of South America.

This year Tom Wollin, the director for agricultural machinery at the NDTO led the trip.  “It allowed our used equipment dealers, who had customers in the area, to continue to review the market and also gain additional access to the market for other members.” Wollin said.  The member companies that accompanied Wollin included RDO Equipment, Superior Inc. and Titan Machinery.

While in Uruguay, not only did the group network with other business people, they attended a lunch meeting with U.S. Ambassador David Nelson, USCS Uruguay Representative Robert Gorter and USDA/APHIS Representative Ricardo Romero to discuss additional opportunities for North Dakota companies.  During their trip, the delegation was featured in the local paper and interviewed by various ag publications and news magazines.  “The exposure for the North Dakota market was quite extensive” Wollin added.

Wollin will travel to Romania near the end of May to review two upcoming trade shows in that region.

Meanwhile, Sharon May, director of global business development for the Trade Office led a small group of member companies to Turkey, March 16-20.  Joining the group at Konya Agriculture 2011 was Perim Akguner, commercial specialist with U.S. Commercial Service in Istanbul, Turkey.  May says the show was an enormous opportunity to network with about 155,000 visitors attending.

“The trip turned out to be highly educational and will result in reverse mission trips,” said May.  Those “reverse” mission trips happen when foreign companies come to North Dakota and explore business opportunities.  May says there will likely be a follow up trip to the show next year, adding Konya Ag 2012 would be an ideal opportunity for seed companies to expand their business.