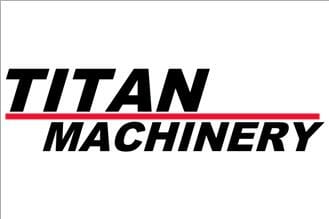 November 2011 was an eventful month for Fargo-based Titan Machinery as they announced two milestones:  the acquisition of Jewell Implement Company in Iowa, marking the 90th dealership in the region, and expansion into Europe with the entry into the Romanian market.

The addition of the 90th dealership to the Titan Machinery network was announced November 1, 2011.  Jewell Implement is a Case IH dealership located in the fertile farmland of central Iowa in the city of Jewell, Iowa.  The dealership was a family-run business since its doors opened in 1962 and has a loyal customer base in the area with approximate yearly revenue of $9.8 million.

David Meyer, Titan Machinery’s Chairman and CEO, said the company is excited about the addition of the 90th dealership and hopes uphold the service that Jewell Implement’s customers have received over the last half-century.

From Midwest to Bucharest and Timisoara

Overseas, Titan Machinery has broken into the European market with the recent acquisition of AgroExpert, which consists of two Case IH dealerships located in Bucharest and Timisoara, Romania, according to a press release issued by Titan Machinery.

Titan executives say the company has had its eye on Europe and now is the time to begin building the Titan Machinery brand in the European market.  The opportunity in Romania is the perfect stepping stone, as the country is one of Europe’s leading agriculture producers with agriculture as a percentage of GDP among the highest in Europe, according to the World Bank.

“The global agriculture economy is a great opportunity for us to leverage our operating model and dealership experience with an additional growth platform of international expansion.  We have been exploring expansion into Europe for a period of time, and we believe we have found a significant opportunity to begin building the Titan Machinery brand abroad.  Members of our management team have previous experience with equipment sales in Easter Europe, and we are pleased to be able to leverage this knowledge.  Going forward, international expansion will complement our growth efforts in our core markets of the Upper Midwest.”

AgroExpert has been in operation since 2006 and will continue to be managed by the existing team.