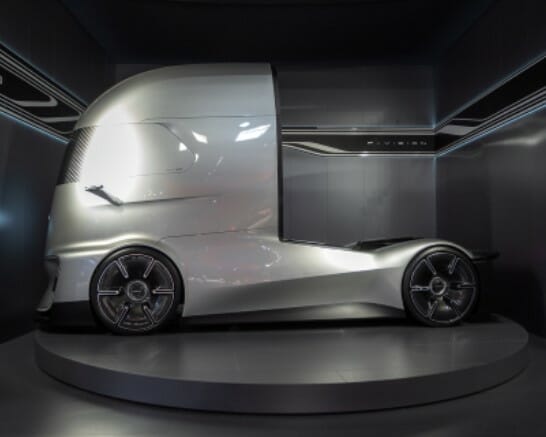 When it comes to autonomous trucking, everyone’s jumping on the (autonomous) bandwagon. From Daimler Trucks to Tesla to Volvo, many automotive and technology companies are teaming up and increasing the momentum of self-driving truck technology. In this latest installment of our Technology and the Changing Global Landscape series, we discuss the benefits of autonomous trucks, pushback on the industry and what’s next.

What are Autonomous Trucks?

The need for autonomous trucks has arisen as freight quantities have increased but there aren’t enough drivers to move it. Currently there is a need for over 50,000 qualified drivers according to the American Trucking Associations, mostly of the long-haul for-hire truckload segment. The shortage is expected to reach 175,000 vacancies by 2024.

Many are hoping that autonomous trucks not only alleviate the shortage of drivers but make the jobs of current drivers much easier.

First and foremost, autonomous trucking is expected to increase the safety of vehicles sharing the road. Truck drivers have an exhausting job, battling weather, bad drivers and monotony for up to 11 hours per day. According to the Insurance Institute for Highway Safety (IIHS), about 1 in 10 highway deaths that occur in a crash involve a large truck. In 2017, 4,102 people died in large truck crashes, up 30% since 2009. Driver fatigue is a significant contributor to crashes involving large trucks according to the IIHS.

One report suggests that autonomous driving in general could save up to 90% of traffic fatalities. The same report comments that traffic jams will be greatly reduced by large trucks being programmed to take less congested routes. Reduced fuel consumption and emissions is also expected as a result of trucks traveling during off peak hours and utilizing more efficient braking and gear shifting.

Autonomous trucks are built with electronic controls to assess and adjust for road conditions. They’re equipped with radar, sensors and cameras that gather data for an autonomous driving system to process. Some companies, such as Embark, are equipping trucks with artificial intelligence so that it may learn from prior experience.

Pushback on the Industry and What’s Next

Naturally, there’s been some pushback on an industry that’s looking to replace human drivers. Estimates of how many career truck drivers will lose their jobs vary, and there are several theories of what the industry will look like in the future. Some believe that the role of the driver will change, from that of being in control of the vehicle to more of a technician, monitoring the technology and the truck’s mechanics, and communicating with port and freight officials. Others believe long haul routes will be entirely taken over by driverless trucks and humans will only take over at the city limits, navigating local roads to the cargo’s destination. Some believe these scenarios will improve the driver’s job by reducing stress, boredom and allowing drivers to be home each night. Others are concerned that a large supply of autonomous trucks taking over the most difficult tasks will cause drivers’ pay levels to decrease.

A more realistic autonomous trucking model in the near future is vehicle platooning. Platooning involves one truck following another in close proximity, connected via radar, GPS and Wi-Fi. With platooning, decreased wind resistance on the second vehicle (which may or may not have a person aboard) increases fuel economy while decreasing fuel emissions. A Silicon Valley startup called Peloton Technology has created platooning software for trucks with drivers and is currently selling to customers.

Truck automation has gathered many big names. Most recently, Daimler Trucks, the world’s largest manufacturer of heavy and medium trucks, has purchased a majority stake in Torc Robotics, a Virginia-based autonomous driving solutions company, with the goal to commercialize highly automated trucks on U.S. roads. Tesla has said they’ll begin production of their autonomous truck, branded Tesla Semi, in 2019 and will likely be their own customer via the route between their California and Nevada factories.

Swedish truck maker Volvo recently unveiled “Vera,” an autonomous truck without a cab that is used in restricted areas, such as ports and warehouse divisions, and was built specifically to alleviate the effects of the chronic driver shortage. San Francisco-based Embark has been shipping refrigerators using an autonomous Peterbilt tractor between California and Texas since late 2017. While Uber-owned Otto became well known for the first autonomous truck delivery (of beer) in 2017, Otto has since shut down and Uber is focusing on self-driving passenger vehicles instead.

For the foreseeable future, trucks on the highway still need a human being to supervise the controls, especially since the current software doesn’t process fog and snowy road conditions. But as technology advances and state regulations permit autonomous trucks to operate on public roads, global companies can expect to see some benefits. With increased freight options worldwide, the payoff may come in more timely shipping and decreased costs as more long-haul, fuel efficient vehicles become available.

With autonomous trucking moving forward, the hope is that drivers will have a less taxing job, logistics companies will have an easier time filling driving positions, and we’ll all be a little safer on the road.