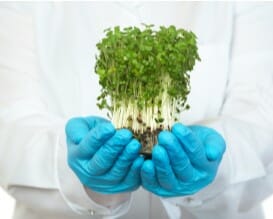 It’s getting harder to get a decent meal around here. Food security worldwide has dropped for the first time in five years according to the Economic Intelligence Unit’s annual Global Food Security Index. At play is the growing number of refugees, extreme weather, political instability and a change to the measurement criteria. While Ireland came in first, other countries such as the U.S. and nearly all of Africa experienced a drop in their score.

Food Security is a country’s ability to provide its entire population, at all times, access to the safe and nutritious foods that are needed to stay healthy and active. The Global Food Security Index for 2017, released late last month, evaluated 113 countries over the categories of affordability, availability, quality, and safety. And for the first time, scores were adjusted to asses a country’s exposure to the impacts of climate change, its susceptibility to risk with natural resources and how they are adapting to that risk.

According to the UN, the number of hungry people has increased, from about 777 million in 2015 to 815 million in 2016. Conflict, droughts, and floods are to blame as well as agricultural import tariffs, poor access to financing for farmers, corruption, and lack of food safety.

Robert Powell, a senior consultant with the Economic Intelligence Unit, told Bloomberg that the study places a high value on government support for agricultural research, which keeps nutrition inexpensive and available as food needs rise.

The study is meant to aid governments, NGOs and businesses in understanding where food struggles are greatest and where more work needs to be done according to DowDuPont, Inc, the study’s sponsor.

An interactive map with each country’s strengths and challenges is available here.