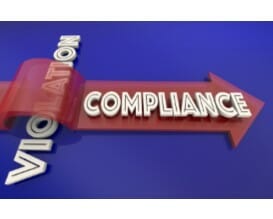 There have been several notable violations of the US’s export laws in recent months. The Bureau of Industry and Security’s Export Administration Regulations (EAR) and the Department of Justice’s (DOJ) Foreign Corrupt Practices Act (FCPA) are two pieces of legislation that dictate how US companies or US-traded foreign companies do business overseas. These recent violations of export laws illustrate how the laws are applied and serve as interesting examples of what not to do.

Milwaukee Electric Tool Corporation of Brookfield, Wisconsin settled charges of 25 violations of the EAR in January. Milwaukee Electric was accused of exporting thermal imaging cameras to Hong Kong, Colombia, Ecuador, El Salvador and Mexico without export licenses. The 25 occasions happened between April 2012 and May 2014 and were worth a total of $129,284.  Thermal imaging cameras are classified under Export Control Classification Number (ECCN) 6A003.b.4 and controlled for national security and regional stability reasons. Milwaukee Electric was fined $301,000 with $270,000 due within 30 days and $31,000 suspended if the company did not violate export laws for 2 years.

A California company, Pelco, Inc., received the Office of Antiboycott Compliance’s first penalty of 2017 when they violated the EAR on 66 occasions.  Between May 2011 and January 2016 Pelco took part in sales transactions with companies in the UAE and Kuwait that sent Pelco purchase orders containing language on the Israeli boycott. The purchase orders from UAE stated “products must conform to Israeli boycott and UAE regulations” and from Kuwait stated “please also ensure that the consignment does not contain any goods manufactured by those…on the Israeli boycott list.” Pelco failed to express exception to the language.

The EAR’s anti-boycott regulations specifically target the Arab League’s boycott of Israel. It is against EAR to refuse, or agree to refuse, to do business with Israeli companies or companies that are “blacklisted” due to their link with Israel. It is also against EAR to not report such requests. Pelco was charged with 32 counts of complying with an unsanctioned foreign boycott and 34 counts of failing to report the requests to comply. The company was assessed a penalty of $162,000 on February 17.

In January, a medical device manufacturer agreed to a nearly $30 million settlement as part of investigations into the Warsaw, Indiana-based company’s repeat violations of the FCPA. Biomet was first charged with violating the FCPA in 2012 after being accused of a long-term bribery scheme involving public doctors in Argentina, Brazil and China. Those charges led to a $22 million settlement. The company was carrying out an independent consultant’s FCPA compliance recommendations when additional anti-bribery violations came to light. Biomet had continued to work with and incorrectly record transactions with a known prohibited distributor in Brazil. The company also used a third-party customs broker to bribe Mexican customs officials during the importation and smuggling of unregistered and mislabeled dental products. These events led to Securities and Exchange Commission (SEC) and DOJ fines totaling $30 million.

And finally, the Las Vegas Sands (LSV) Corporation found out that what happens in China doesn’t stay in China when the SEC charged LSV with violating the FCPA by improperly authorizing or documenting payments to a consultant in China and Macao.  The Las Vegas Sands was assessed a nearly $7 million penalty in January, in addition to a $9 million civil payment last April, to end a five-year investigation into more than $60 million of questionable payments.  An unnamed agent in China accepted the payments to purchase a team to play in the Chinese Basketball Association (which does not allow gaming companies to own teams), to purchase a building from the Chinese government without the appropriate supporting documentation, and to pay for goods and services that were not actually obtained. The Las Vegas Sands was not charged with a crime, but consented to the SEC’s resolution without admitting or denying its violation of the Securities Exchange Act of 1934.

To keep yourself out of this kind of trouble, join us at the April Trade Talk Series where export controls and sanctions and the FCPA will be furthered detailed.