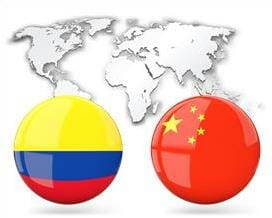 "Reverse trade missions give North Dakota companies the opportunity to show overseas buyers the amount of care and expertise that goes into our specialty crops and IP soybean products," said Dean Gorder, executive director of the North Dakota Trade Office. "These efforts are especially effective when preceded by an outbound trade mission, as we've done in Colombia and China. Now we get to return the hospitality to potential buyers that we've met abroad, show them how our high quality crops are grown and processed, and where their food ingredients come from."

The Colombia reverse trade mission began on Monday with a focus on specialty crops and pulse ingredients such as peas, beans, lentils and confectionary sunflowers. The mission started off at the Northern Crops Institute where 17 Colombian delegates attended sessions on using pulse ingredients in baked goods, pasta, and snacks; pulse marketing activities; and quality characteristics of northern grown pulse. Participants continued on with presentations and one-on-one meetings with North Dakota companies. The mission will conclude tomorrow with visits to several company operations and a tour of the North Dakota Heritage Center in Bismarck.

The Colombia-North Dakota specialty crops initiative picked up momentum in April when five North Dakota pulse and dry bean processors toured Colombia and met with 20 potential specialty crop buyers.  The delegation found success using the combined approach of holding wholesale buyer meetings as well as meetings with supermarket chain owners in order to sell ND pulses directly to Colombian consumers. Plans are in motion to return to Colombia in February 2016 to focus again on Colombian supermarkets and introducing the Colombian palate to ND pulses.

A delegation of 17 Chinese food company leaders interested in IP soybeans will tour North Dakota August 24-27 to meet with growers and processors of soy products. The tour will begin in Fargo with company presentations and one-on-one meetings, and continue with visits to several soybean operations in the area. The tour will conclude at the Northern Crops Institute with presentations on ND soybean quality, soybean pricing, and contract farming. Discussion will follow on various China-ND trade topics including the current situation and regulations in China's food soybean industry.

A separate delegation of 8 Chinese business leaders interested in specialty crops will begin a tour August 24 in Bismarck. The group will visit the Northern Pulse Growers Association as well as a number of area growers and processors throughout the week. Specialty crops included in this mission are peas, lentils, chickpeas, borage, and confectionary sunflowers. Other crops of interest to the Chinese delegation include flaxseed, barley, and wheat.

The NDTO led its first trade mission to China in 2004, the year the organization was created, with follow-up missions to the country in 2009, 2012, 2013, 2014, and 2015. The most recent trip in March was for NDTO's Better for You Food Ingredients show in Qingdao.  This was the second official event in our Sister State of Shandong Province since North Dakota Lt. Gov. Drew Wrigley and Shandong Provincial Vice Gov. Xia Geng signed the Sister State agreement on Feb. 21, 2014. The purpose of the sister state relationship is to help strengthen the economic and social ties in the areas of agriculture, aviation, education, energy and technology between North Dakota and Shandong. Through trade missions and other exchange efforts, North Dakota continues to develop lasting business and cultural ties that benefit China and our state.

NDTO is a member-based, public-private organization dedicated to expanding North Dakota's exports through advocacy, education and expertise.  All trade missions and reverse trade missions are designed to assist North Dakota companies in finding potential partners and making overseas sales; these initiatives are open to the public.