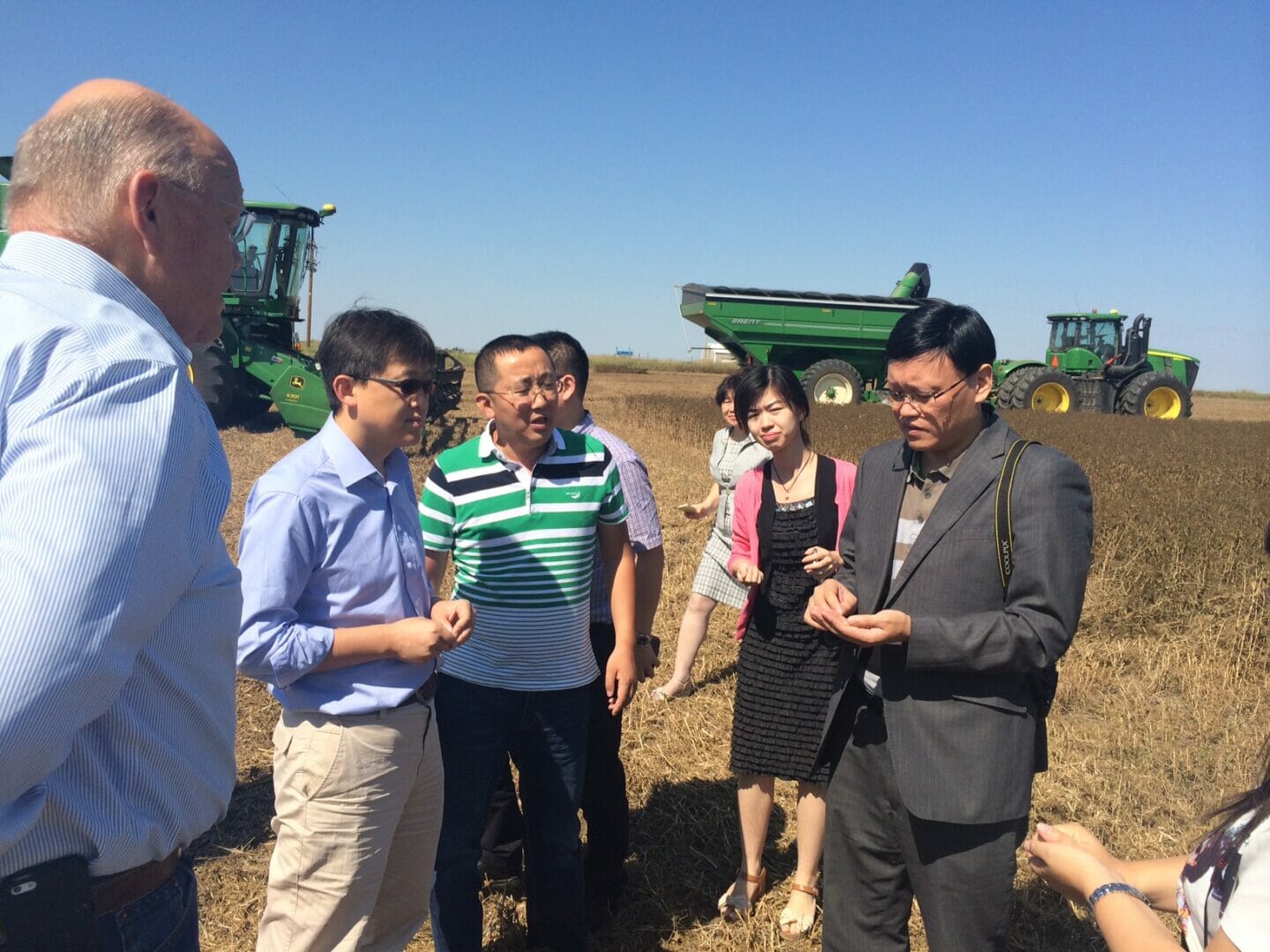 A delegation of 20 Chinese buyers and food scientists will tour North Dakota Aug. 11-17 to meet with producers and processors of identity-preserved soybeans and other specialty crops.  The reverse trade mission is organized by the North Dakota Trade Office (NDTO) and the United States Department of Agriculture (USDA) Agricultural Trade Office in Beijing.

“Our Chinese food manufacturers and soybean traders are looking forward to spending the upcoming week in the state of North Dakota, meeting with potential partners in hopes of making trade deals," said Zhiyong Pei, marketing specialist with the USDA’s Agricultural Trade Office in Beijing.  "Our delegation has come to North Dakota in search of high-quality food grade soybeans and small grain crops to be used as ingredients in food processing in China."

The Chinese delegation will be split into two groups, one interested in identity-preserved soybeans and one focused on specialty crops including peas, lentils, beans, sunflowers, flaxseed, wheat and sorghum.  The reverse missions will begin in Bismarck on Monday, Aug. 11, and will end in Fargo, touring North Dakota food processing facilities along the way.  North Dakota companies that will meet with or host Chinese visitors include:

With over 1.3 billion people and a rapidly growing middle class with an appetite for healthier foods, China has become a very high-demand market for North Dakota food producers and processors.  NDTO led its first trade mission to China in 2004, the year the organization was created, with follow-up missions to the country in 2009, 2012, 2013 and 2014.

“We are honored to once again be hosting a delegation of Chinese businesspeople in our state, and our North Dakota businesses are excited to welcome these buyers into their facilities to showcase our region’s high-quality specialty crops,” said Dean Gorder, executive director of NDTO.  “These Chinese buyers have traveled across the globe to find the best food ingredients for their products, and we’re proud to say that, with the help of the Agricultural Trade Office in Beijing, the word has spread around China that North Dakota produces some of the highest-quality crops in the world.”

On Feb. 21, 2014, North Dakota Lt. Gov. Drew Wrigley and Shandong Provincial Vice Gov. Xia Geng signed a sister-state agreement to help strengthen economic and social ties in the areas of agriculture, aviation, education, energy and technology between North Dakota and Shandong Province, China.  This reverse trade mission is the second North Dakota-China trade event since the sister-state agreement was signed; the first was a large-scale conference in March 2014 in which North Dakota healthy food producers and advocates met with, and presented to, more than 120 Chinese food scientists, buyers and manufacturers in Qingdao, China.

NDTO is a member-based, public-private organization dedicated to expanding North Dakota’s exports through advocacy, education and expertise.  All trade missions and reverse trade missions are designed to assist North Dakota companies in finding potential partners and making overseas sales; these initiatives are open to the public.