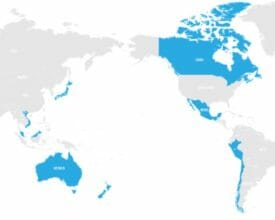 The Comprehensive and Progressive Agreement for Trans-Pacific Partnership (CPTPP) is now the third largest trade agreement in the world by combined GDP, coming in after the North American Free Trade Agreement and the European Single Market. The agreement, which the U.S. withdrew from in 2017, came into force on December 30, 2018, with tariffs immediately reduced for its member nations. The U.S. is now working to minimize its effects by forging a bilateral trade deal with a major partner.

CPTPP reduces tariffs and non-tariff barriers in cross border trade between the 11 nations, which affects a population total of about 500 million people and a GDP total of $10 trillion.

The agreement’s ratification is expected to affect North Dakota exporters the most within the Japanese market.

Japan has also been a major U.S. beef market, albeit with tariffs as high as 38%. Tariffs on U.S. beef would have been immediately cut and eventually decreased to 9%. With CPTPP in effect, U.S. beef suppliers are suddenly less competitive than producers in Canada, Australia and New Zealand.

Still, CPTPP members are open to the addition of the United States. Following a meeting between CPTPP members last month, a statement was released that expressed the importance of an open, inclusive and rules-based trade system and that the agreement is open to all economies that share those principles.