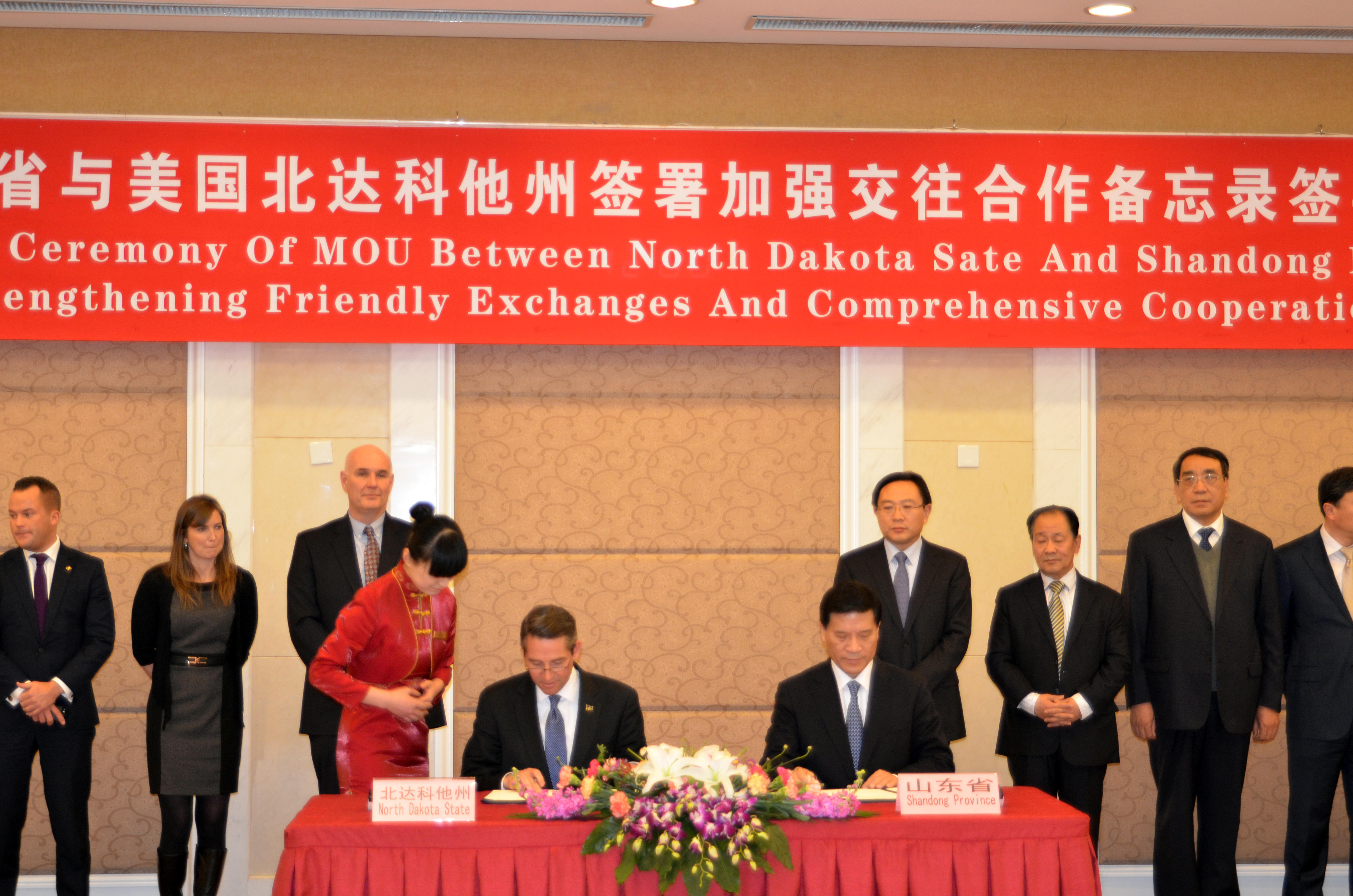 FARGO, N.D. – Lt. Gov. Drew Wrigley signed a Memorandum of Understanding (MoU) today in the city of Jinan in Shandong, China, signaling the beginning of an official sister-state relationship between the state of North Dakota and the province of Shandong.  The relationship will help strengthen economic and social ties in the areas of agriculture, aviation, education, energy and technology.

“It is an honor to be in Jinan today to officially sign an agreement establishing a sister-state relationship with the province of Shandong, China,” said Lt. Gov. Wrigley.  “This is a unique opportunity to build an economic bridge between China and our state, to promote friendly exchanges and comprehensive cooperation not only to fortify our respective economies but also to build friendships with our partners on the other side of the globe.”

Under the signed sister-state agreement, both governments commit to the following:

The sister-state relationship builds on the trade partnership established between North Dakota and China through the leadership of the North Dakota Trade Office (NDTO).  NDTO led its first trade mission to China in 2004, the year the organization was created, with follow-up missions to the country in 2009, 2012 and 2013.  On March 20-21, NDTO will host the second-annual North Dakota-China Better for you Food Ingredients conference and exhibition in the city of Qingdao in Shandong, China.  This annual conference designed to further introduce North Dakota’s high-quality food ingredients to the Chinese food manufacturing market.

Shandong is a coastal province, located in the East China region.  The most-current GDP for the province alone is $711 billion, recorded in 2011.  China is North Dakota’s twelfth largest trade partner, with a total of $23.6 million in North Dakota exports to the country last year, a 23 percent increase over 2012.  Top exports include front-end shovel loaders, peas, flaxseed, and aircraft parts.