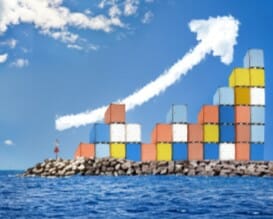 North Dakota Exports Up in 2018

North Dakota exporters achieved positive growth in 2018 despite uncertainty within international markets. Recently released statistics from the U.S. Census Bureau show that North Dakota’s tracked exports were up overall by $1 billion for a total of $6.8 billion in 2018.  This represents an increase of 16.2% over 2017.  Petroleum contributed to about three quarters of the growth but many other segments increased as well, making North Dakota one of the top in the nation for export growth. These figures underscore the efforts that the state’s exporters have taken to build international markets and diversify in the face of global export barriers.

Tariffs on U.S. products entering foreign countries had a significant impact on North Dakota industries, including ethanol, specialty crops, oilseeds such as flax and canola, and pork, all of which saw decreases in exports. Malt exports were also down, however this is likely due to the closing of the Cargill plant in Jamestown.

“The year 2018 was very different in terms of international trade,” said NDTO Executive Director Simon Wilson. “The numbers show that despite challenges of foreign market barriers, our North Dakota businesses continued to excel in finding new customers and markets. North Dakota is an export state.  It is important that we continue to have access to foreign markets and build on this continued success.”

NDTO membership increased by 20% in 2018 as companies sought education and guidance in an increasingly complex global market. As a benefit of enrollment, NDTO members receive export process consultation and participate in trade missions, such as the recent mission to the United Arab Emirates and Israel, and upcoming missions to the Philippines and Brazil.

The North Dakota Trade Office is a member-based organization that provides education, research, advocacy, and leadership so that North Dakota companies can develop and expand their export business. NDTO is a public-private partnership, led by a board of directors and chaired by North Dakota Lt. Gov. Brent Sanford.