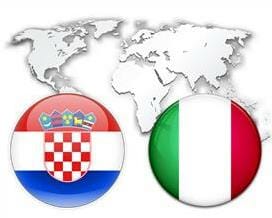 Opportunities for North Dakota Pulses in Italy and Croatia

People in the Mediterranean region appreciate food culture and high-quality products.  Italians one of the highest levels of per capita spending on food in the world, spending more than 20% of their personal income on food and beverages.

Legumes (beans, peas and lentils) are a highly-popular food throughout the Mediterranean.  In the Tuscany region, for example, beans are so highly regarded that Tuscans are fondly known as the “bean eaters”.  Commonly eaten legumes include chickpeas, cannellini beans, green peas and lentils, which are regularly used in Italian cookery and added to soups and stews.

Both Italy and Croatia are net importers of pulses, and regardless of global economics, their importation has remained inelastic.  In 2013, Croatia imported over $10 million in pulses, mostly from China and Canada.  Italy is the fifthly largest market for US lentils, importing $33 million beans, peas, lentils and chickpeas from the US in 2013.

Does your company have interest in the Italian or Croatian markets?  To find your company’s specific market opportunity, contact Larry White at Larry@ndto.com