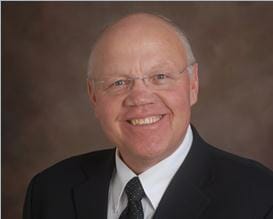 “When selecting someone for the President’s Award, I could not think of someone who has had a bigger economic impact on the members of the North Dakota Angus Association than Larry White and the North Dakota Trade Office through their work establishing trade with Kazakhstan,” said Pete Best, president of the NDAA.

Larry White has been involved with Angus cattle the majority of his life, first as a rancher, and currently as an advocate for the breed through his work at NDTO.  Since 2006, White has made more than 20 trips to the former Soviet Union countries, including Kazakhstan and Russia, to promote North Dakota cattle and develop a strong relationship with international buyers.  Most recently, White and NDTO helped host a 15-person delegation of Kazakh ranchers and cattlemen on a reverse trade mission focused on training and cattle education.

The mission of NDAA is to encourage the expansion of the influence of Angus genetics in North Dakota, to promote the interest of its members by creating better economic opportunities for NDAA members and their clients.