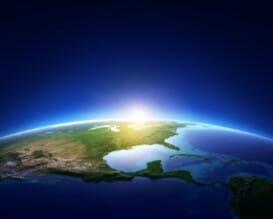 NDTO & World Trade News: What You Should Know

The North Dakota Trade Office has been in high gear over the summer as it underwent a strategy and revisioning process in order to best serve the state’s exporters, while also advocating on behalf of our members during this dynamic global trade climate. Since NDTO Newsletters took a brief hiatus during this time, we want to bring you up to date on what’s been happening both in world trade news as well as here at the NDTO.

Over the past several months, NDTO executive director Simon Wilson has appeared in both local and national media, including the Wall Street Journal and CNBC News advocating for an end to arbitrary trade barriers and publicizing how they affect North Dakota exporters. Here’s the latest on the trade issues at stake:

Throughout these trade developments, the North Dakota Trade Office has continued to be awarded grants, plan trade missions and undergone an evolution that’s aligned our organization with the changing times. Here’s what’s been happening:

For more information on any of the above news and developments, please contact the North Dakota Trade Office at info@ndto.com or (701) 231-1150.

We use cookies to ensure that we give you the best experience on our website. If you continue to use this site we will assume that you are happy with it.Ok