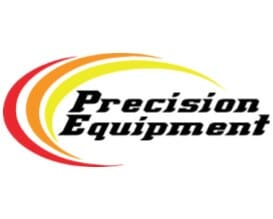 Precision Equipment Manufacturing of Fargo is very excited about their newest product – a highly efficient portable heater that uses magnetic fields to generate heat. Originally designed as an industrial heater, they are now exploring many other uses for the “dry” heat in applications across the globe. The company’s latest product comes after a series of calculated progressions that have taken the business from manufacturing custom firetrucks to specialty trailer fabrication to flameless heating units. Founder Bob Nelson has led Precision Equipment Manufacturing through the evolution. Nelson has spent his 35 year-long career capitalizing on his ability to navigate the changing markets.

Nelson discovered his knack for building things as a child growing up on a farm near Lake Park, MN. He had his first taste of capitalism when his father showed him how to collect frogs and market them for bait. He also learned how to grow and sell vegetables, and build and repair machinery. After high school, he spent his days working as a carpenter in Fargo and his nights attending classes to earn a carpenter’s journeyman card. Nelson’s work was cut short in 1971 when he received a low draft number during the Vietnam draft lottery. He decided to take the initiative and join the Marines. His military test results placed him doing computer operation work in California. After 2 years, he was honorably discharged and returned home to Minnesota to work. First he worked his way up at a large trucking firm in Detroit Lakes and then became a service manager at a construction company.

One winter he took on a project of rebuilding a disassembled semi-tractor. He built the truck and thus began his trucking career. First, he took on a haul that no one else wanted – hauling chicken by-products from a production plant to a pet food company. Next, he partnered with an old high school friend and traded in their two trucks for four used trucks and started hauling bunker oil out of Dickinson, ND for Bjornstad Oil Co. That job ended suddenly one day when the Dickinson refinery exploded.

The partnership continued, developing MinDak Transport and R&R Trucking, before disbanding and the friends each choosing to run their own business. Nelson formed a new trucking corporation called Can Am Express, Inc. and headquartered it out of Fargo. The company grew and Nelson used the profits to expand and diversify his holdings. He added an East coast branch, a refrigerated trucking line, an equipment leasing division, a travel agency, a car dealership, a logistics company and a business park with over 600,000 sq. ft. of high food grade warehouse. He eventually sold Can Am Express and the leasing division to Del Monte Fresh Produce. He remains active in his other businesses.

“I have had fun creating companies and enjoying great employees that have surely made the companies thrive,” said Nelson.

In the fall of 2001, Nelson and three partners formed Precision Equipment Manufacturing. Precision Equipment started as a custom fire truck manufacturer, building small fire trucks that rural fire departments could afford. When larger companies such as Mercedes began competing in the market, Precision started looking for a new product line. They identified a rafter manufacturing company that was in need of transportation solutions and developed a custom built roller trailer for them. The trailer had air ride suspension and a specially designed braking system to unload trusses safely and easily. The product was a success and as the housing market boomed, so did trailer sales. Precision began manufacturing trailers of different sizes to accommodate various jobsites. They also contracted with wind energy companies to build extendable trailers for windmill blades up to 120 feet.

When the housing bubble burst, Precision moved on to trailers for the agriculture and construction industries. They developed belly, side and end dump trailers, as well as step deck trailers, tile and RGN trailers. In order to remain competitive, an industrial painting facility was added to their operation.

Always looking to expand, Precision Equipment began to manufacture heaters for a local Fargo company that was using magnetic fields to create heat. Nelson was so impressed with the technology that he bought the company and upgraded the engineering, manufacturing and management capabilities of Precision Equipment in order to come out with an improved product called the MagFan. They are currently introducing MagFan heaters to the global market.

MagFan heaters use a conductor to interrupt a strong magnetic field, thereby generating energy within the conductor, which is converted to heat and blown out by a fan. An assembly of an axial flow fan and aluminum arms attached to a shaft serves as the conductor, while multiple pairs of rare-earth magnets create the magnetic fields. The assembly spins, interrupting the magnetic fields, and the heat generated is blown out by the fan.  The amount of heat produced can be carefully controlled by varying the distance between the magnets and the shaft’s rotational speed. The MagFan allows for precise temperature control, with air temperatures reaching up to 400°F within the heater and 300°F after exiting and mixing with cold air. The clean, dry heat is produced without flames and can be used for multiple applications according to Precision Equipment Manufacturing’s President, Dr. Joel Jorgenson. The former NDSU electrical engineering professor says that the heaters have already been used within the oil industry, but the company is looking at further applications.

“The possibilities are endless with what can be done,” said Jorgenson.

They have a patent pending for a type of blanket, similar in structure to a bouncy house floor, that would allow heated air to flow through it and warm the ground below. Such a system could thaw frozen ground for construction purposes, or allow concrete to be cured in cold weather.

Drying grain, drying brick and flood remediation are additional uses of the heater. Agriculturalists could use the heater to sterilize a barn after an avian flu infection or to heat an outdoor area where a calf was just born.

Precision Equipment is also looking at using the fan to fight insect infestations, such as bed bugs. The heater can kill bed bugs without concerns over fumigation.

“At 140°F, all insect die, whether it’s eggs, larva or a mature insect,” said Precision Equipment Manufacturing’s Global Sales & Marketing Director Brian Messerschmidt. “It’s a clean, effective means of killing bed bugs with no residuals. It doesn’t take a long exposure, just open the windows and you’re back to your normal living environment.”

The same operation could be used to control the spread of the Zika virus, which is another interest of the company. Precision equipment is also considering a smaller version of the heater for personal use.

First of Its Kind

According to Jorgenson, the MagFan is the first heater to combine a direct, dry fan with heat from magnets. It was designed to be as simple as possible, basically consisting of a motor, magnets and a fan.

“They call us the ‘Fisher Price’ of electronics,” said Jorgenson. “True simplicity means very few moving parts, nothing to break, nothing to wear out.”

Telemetry software is also built into the product allowing for observation and control of heaters operating in remote locations from a cell phone or computer. The software has both preventative and predictive maintenance capabilities, allowing for Precision Equipment to send out a kit to a customer that will fix a problem that hasn’t happened yet.

The company is working towards establishing an international dealer network and has already seen success in Canada, Norway and Russia. In Norway they will be doing business with a construction equipment dealer in North Dakota’s sister region of Telemark County. Precision Equipment was able to use the North Dakota Trade Office’s State Trade Expansion Program (STEP) to fund a portion of the sales trips to Canada and Norway.

Precision Equipment’s excitement about the MagFan is palpable.