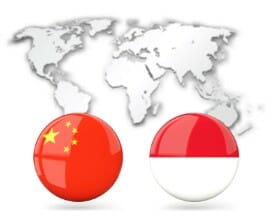 Delegates traveled to Surabaya, Indonesia on March 18 – 22 for the 13th edition of the U.S. Soybean Export Council’s (USSEC) Southeast Asia Soy Food Symposium. The symposium brought together international experts and regional key stakeholders to share their insights on the global soybean trade, consumption trends, transformation technologies and innovations in soy food and beverages within the region.

Soybeans and soyfoods are widely popular in Indonesia, using a blend of non-food grade and food grade soybeans. Although the Indonesian Ministry of Agriculture has made an effort to become self-sufficient in soybeans, imports have not decreased as soybean consumption continues to grow along with the population.

China’s food grade soybean market has huge potential. According to BPCC, about 11 million tons of food grade soybeans are currently used in the Chinese food industry, with that number to rise to 18 million tons by 2020. However, recent Chinese tariff proposals on U.S. soybeans have brought a level of uncertainty into the market. Trade flows are currently in flux as questions remain on who will meet China’s growing demand for soybeans.