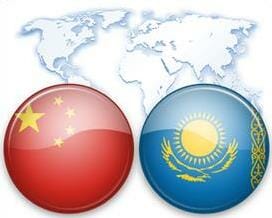 ND to Host Business Leaders from China, Kazakhstan in August

FARGO, N.D. – Businesses across the state will meet with delegates from China and Kazakhstan in the coming weeks with the goal of selling North Dakota specialty foods and livestock to the Chinese and Kazakh markets, respectively.  Twenty Chinese buyers interested in identity-preserved soybeans and other specialty crops will be in the state August 11-15; a delegation of 18 Kazakh livestock buyers will visit North Dakota August 19-25.  Both initiatives are organized by the North Dakota Trade Office (NDTO) with help of the USDA Agricultural Trade Office (ATO) in Beijing and the Khan-Tengri consulting company in Astana, Kazakhstan.

“Reverse trade missions are one of the best ways to increase exports from North Dakota, as it gives our companies an opportunity to not only meet with overseas buyers but also provide tours of our farms, processing facilities, manufacturing plants, livestock operations and research institutions,” said Dean Gorder, executive director of the North Dakota Trade Office.  “By shaking hands with potential partners in North Dakota and demonstrating the care that goes into creating our high-quality products, these reverse missions often result in high-dollar sales.”

The China and Kazakhstan reverse missions are two separate events – Chinese visitors are in North Dakota to buy high, quality food ingredients, while Kazakh livestock owners and researchers will be participating in an educational training course focused on BLANK in addition to meeting with North Dakota exporters.

The Chinese delegation will be split into two groups, one interested in identity-preserved soybeans and one focused on specialty crops including peas, lentils, beans, sunflowers, flaxseed, wheat and sorghum.  The reverse missions will begin in Fargo on Monday, August 11, and will move toward Minot, touring North Dakota food processing facilities along the way.  North Dakota companies that will meet with or host Chinese visitors include:

With over 1.3 billion people and a rapidly growing middle class with an appetite for healthier foods, China has become a very high-demand market for North Dakota food producers and processors.  NDTO led its first trade mission to China in 2004, the year the organization was created, with follow-up missions to the country in 2009, 2012, 2013 and 2014.

On Feb. 21, 2014, North Dakota Lt. Gov. Drew Wrigley and Shandong Provincial Vice Gov. Xia Geng signed a sister-state agreement to help strengthen economic and social ties in the areas of agriculture, aviation, education, energy and technology between North Dakota and Shandong Province.  This reverse trade mission is the second event since the sister-state agreement was signed; the first was a large-scale conference in March 2014 in which North Dakota healthy food producers and advocates met with and presented to over 120 Chinese food scientists, buyers and manufacturers.

North Dakota purebred cattle made international news in October 2010, when a 747 jet filled with 160 live Angus and Herefords, the first shipment of a $50 million deal between North Dakota and Kazakhstan to provide livestock over 10 years, flew from Fargo to Astana.  Livestock-filled jets still leave from the Fargo Jet Center bound for Kazakhstan, and Kazakh ranchers make yearly visits to North Dakota for continued training.

On August 19, a delegation of 18 ranch owners and agribusiness executives from Kazakhstan will begin their North Dakota tour.  Throughout the week, this delegation will visit ranches to potentially purchase more cattle as well as attend training sessions focused on animal health, genetics and breeding and basic animal husbandry and handling.

North Dakota companies and organizations participating in this initiative include:

Kazakhstan’s cattle herds dropped from 35 million before the fall of the Soviet Union in 1991 to 2 million, due in part to falling consumer income and complications with the agricultural privatization process.  In 2010, the public-private organization KazAgro developed a Beef Development Plan for the country of Kazakhstan and turned to North Dakota, among other regions, to rebuild the livestock industry.  The project is ongoing.

For more information on the Chinese or Kazakh reverse trade missions, contact NDTO at (701) 231-1150.