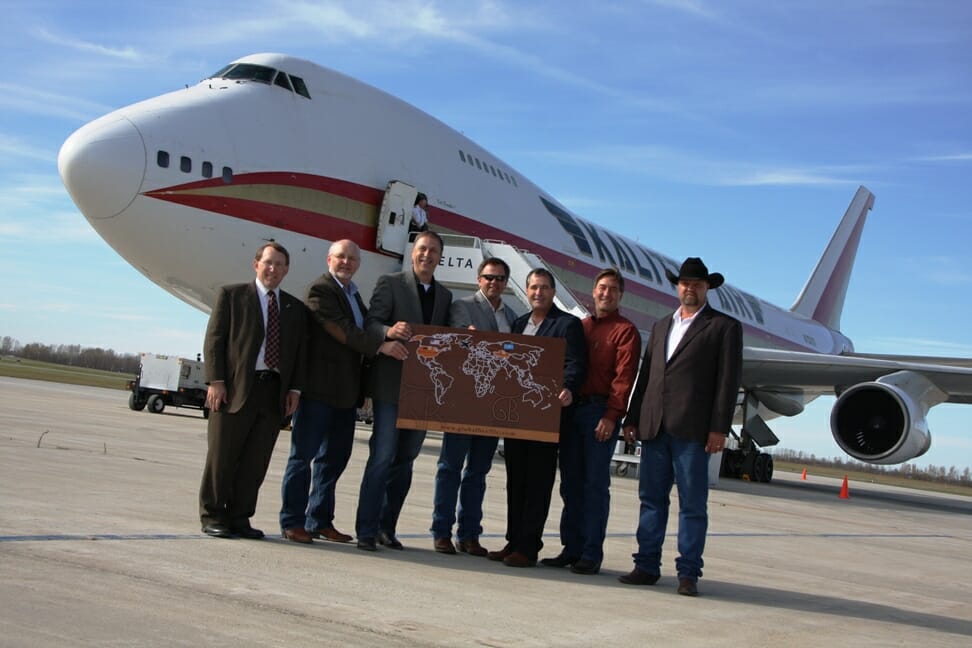 Bismarck-based Global Beef Consultants - through its joint-venture partnership with the government of Kazakhstan - has finalized a sales agreement to supply the Central Asian country with Angus and Hereford cattle.

The project calls for an initial sale of 2,040 cattle to be airlifted from North Dakota half way around the world. Other shipments will follow during the next several years, said Mike Seifert, a Global Beef partner.

The project marks the most ambitious and largest scale upgrade of Kazakhstan’s cattle herds in modern history, the Central Asia News Wire has reported. The project was facilitated by the North Dakota Trade Office which has worked to develop business opportunities in Kazakhstan since Lt. Gov. Jack Dalrymple led a large delegation of North Dakota business leaders to the oil-rich country in 2006.

“We are building the foundation for a long-term relationship with the government of Kazakhstan,” Price said. “This partnership will help establish their cattle industry while making North Dakota’s industry even stronger.”

Since the fall of the former Soviet Union in 1991, Kazakhstan’s cattle herd has declined from about 35 million head to 2 million head, Seifert said. In the early years of its transitioning economy, Kazakhstan’s consumer income dropped as did beef consumption. Demand and supply shocks, coupled with complications in its agricultural privatization process all contributed to Kazakhstan’s declining cattle population.

During a visit to North Dakota in September, Kazakhstan Agriculture Minister Akylbek Kurishbayev said his country is investing millions of dollars to develop cattle genetics and improve its livestock technologies.[gallery link="file" columns="9"]