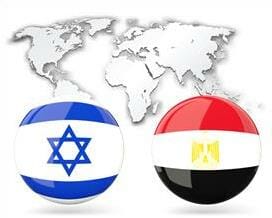 The North Dakota Trade Office (NDTO) is leading a multi-industry trade mission to Israel in January 2016. Companies involved in food and commercial sectors will travel to Israel during the week of January 18 in order to attend tours, market briefings and meet with potential buyers. Additionally, the food sector is planning a stop in Egypt during the same time period.

The NDTO is working closely with the USDA’s Foreign Agricultural Service and the U.S. Commercial Service’s offices in Israel and Egypt to coordinate in-country meetings and events for all participants.  The food portion of this trade mission will focus on specialty crops. Companies involved in the specialty crop portion of the trade mission may be eligible to receive funding for their trip through NDTO’s Specialty Crop Program. Check the NDTO website for more details on this program.

Israel is a highly entrepreneurial country with the largest number of startups per capita in the world. Technological incubators and considerable spending on research and development have further advanced high-tech industries.

Israel covers an area slightly smaller than New Hampshire and yet has a population of over 8 million people. Israelis rely on food and agricultural product imports as the country’s size allows for limited production. The Israeli government has made an effort to reduce trade barriers on food imports in order to bring down soaring food prices. Major supermarkets have begun buying directly from foreign suppliers in an effort to further reduce costs. As the population has become increasingly health conscious, imports of U.S. specialty crops into Israel have risen during the last few years.

The other stop on this mission, Egypt, has made positive developments in terms of economic reform. Egypt’s economy grew by approximately 4.5% during fiscal year 2014-2015 and is forecasted to continue with an expected 5% growth rate during the current fiscal year. Imports of specialty crops peas and lentils have grown considerably since 2012.