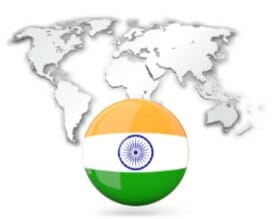 India’s newly elected president, Ram Nath Kovind, is from the Dalit caste, also known as “the untouchables” within the Indian caste system. While India has taken steps to diminish the caste system’s effect on society, including outlawing caste discrimination in 1950, it hasn’t disappeared yet. The election of an “untouchable” as president, although said to be a political move by Prime Minister Narendra Modi to capture the Dalit vote, both defies and shows how pervasive this hierarchical system still is. Here we took a look at how the hierarchical culture affects doing business in India.

Indian companies are often set up with a strong hierarchy. The individual at the top is greatly respected and his decisions are not questioned. To question the leader is to disrespect him. Roles and ranks of company staff are clearly defined and those beneath the leader will follow his instructions exactly. Many Indians are comfortable with a level of micromanagement that would not be acceptable in the west. Those in lower positions in the chain of command do their duty without attempting to exceed the responsibilities of their position. Their job is a duty that must be fulfilled. This relates to dharma and karma, forces much greater than their ambition for a higher position. Dharma is not directly translatable but generally means doing the right thing whether it be business or a personal matter; and karma is being rewarded or punished by one’s ability or failure to do the right thing.

Due to the hierarchical management style, it is best to connect with the most senior person possible. It is a misuse of time to expend a great deal of effort on middle management, who may have little to say in the ultimate decision. If the owner or director of the company is not present at your meetings, your project is in the initial stages and a decision is unlikely to occur at the meeting. But bear in mind that decisions take a long time and multiple visits. When scheduling first meetings, try to meet with the boss or highest level manager that you can reach. He may subsequently refer you to a lower level manager with more knowledge related to your project, but your project will get more notice coming from the top.

Also, if a company has dominant shareholders with a voice in decision-making, be sure they’ve agreed to the final negotiation, as well. You don’t want to discover later that the top boss is not the only decision maker.

The hierarchical company structure can lead to delays and require patience. Certain tasks are allotted to certain individuals and that process will not be circumvented to save time.

When working with an Indian partner, you may want to explain your plans in great detail. If they receive a vague business plan, they will not carry out their own interpretation of the plan. Teams want a strong leader that discusses all details and assigns well-defined tasks. Vague business plans will not likely get far.

Women are respected within business if they have attained a higher position in the chain of command. The hierarchical structure takes precedence over any gender issues. However they will not likely receive as much respect as their male counterparts. Women may receive more respect in the southern part of the country rather than the north.

The hierarchical structure is more likely to be present in government organizations than private sector companies. Additionally, there are great differences between a traditional India business and the more modern tech companies that operate in ways similar to the West. As the economy and education levels grow, businesses are evolving and middle managers are gaining more authority.

India is a huge, diverse country and all generalizations should be taken with a grain of salt. As Cambridge economist Joan Robinson said, “All that you can rightly say about India, the opposite is also true.”