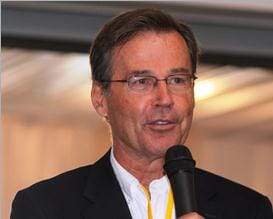 Press Release: Howard Dahl to be Appointed Honorary Consul of Kazakhstan by Ambassador

FARGO, N.D. – Howard Dahl, internationally-known North Dakota entrepreneur and current President and CEO of Amity Technology, is scheduled to be appointed Honorary Consul of the Upper Midwest to the Republic of Kazakhstan on Tuesday, Sept. 11 during the Big Iron International Visitors Program Welcome Ceremony in Fargo.  Kazakhstan Ambassador to the U.S. Erlan A. Idrissov will present Dahl with the appointment, of which duties include the enhancement of bilateral relations of trade, economy and culture between Kazakhstan and North Dakota.

“Howard is a great example of the hard work and entrepreneurial spirit that makes North Dakota thrive,” Gov. Dalrymple said. “In his new role as the Honorary Consul to the Republic of Kazakhstan, Howard’s leadership and dedication to North Dakota will be a tremendous asset in our on-going efforts to expand the state’s presence in the global marketplace.”

As Honorary Consul to Kazakhstan, Dahl will help with the economic and trade cooperation and with the expansion of business from the Upper Midwest in Kazakhstan.  Other tasks include the support of the development of the international relations, the representation and perception of the interests of Kazakhstan.

Dahl has significantly impacted the agricultural development of Kazakhstan and other former Soviet Union countries. Howard and his brother, Brian Dahl, were among the first Americans to do business in the region following the collapse of the Soviet Union in 1992.

Amity Technology is part of a proud family tradition that has been involved in the manufacturing business in North Dakota for more than 50 years. Howard and Brian Dahl are grandsons of E. G. Melroe, the founder of the Melroe Company which developed the Bobcat Loader.

The Dahls incorporated Concord, Inc., which became the leading manufacturer in the United States of Air Drills, used primarily for the planting of small grains and oil seed crops on large acreage. Concord developed a strong market in the CIS (former Soviet Union) and sold over 500 Concord Air Drills into the region. Case Corporation acquired Concord in 1996; the Dahls kept the WIC Sugar Beet Equipment line and launched Amity Technology.  Today, Amity Technology has a strong presence all over the world, including Eastern Europe, Russia and Kazakhstan.

Born and raised in Gwinner, N.D., Dahl earned his Bachelor of Science degree in business administration from the University of North Dakota, Grand Forks, and a Master of Arts degree in philosophy of religion from Trinity Evangelical Divinity School, Deerfield, Ill.  Dahl serves on a number of boards and has won numerous awards for business leadership and innovation.  Dahl received an honorary doctorate from UND in 2010.

North Dakota has similar climactic conditions to Kazakhstan which creates many business opportunities for North Dakotans in the Kazakh markets. Because of Kazakhstan’s participation in the Customs Union – a trade union between Kazakhstan, Russia and Belarus – American businesses will have the ability to export throughout the territory, a market of 170 million people, duty free.

Ambassador Idrissov will present Dahl with the Honorary Consul appointment on Tuesday, Sept. 11, at 9:00am during the Big Iron International Visitors Program Welcome Ceremony at the Red River Valley Fairground’s Schollander Pavilion.  This event is open to the public and hosted by the North Dakota Trade Office.