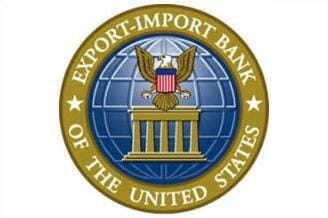 Funding for U.S. Export-Import Bank (Ex-Im Bank) is currently a hot-button political issue, which has landed the organization on the Congressional chopping block.  If Ex-Im is not reauthorized by Congress before Sept. 30, 2014, it will be unable to originate new loans or accept new credit applications, severly hindering North Dakota exporters abilities to sell their products abroad in a financially secure manner.

Roughly every four years, Ex-Im Bank's operations must be re-authorized by the U.S. Congress. The last authorization occurred in 2012 (after a significant delay), and is now set to expire at the end of this fiscal year (September 30, 2014).  The reauthorization has become a political hot-button issue with stakeholders on both sides of the political spectrum making their case for or against the bill. There is also some (vague) discussion of reforming Ex-Im Bank in some way.

If Ex-Im is not reauthorized, it will essentially be unable to originate new loans or accept new credit applications.  Presumably, the existing book of business would continue to be managed and monitored under some form of continuing resolution or continuity of operations plan. If the Ex-Im Bank is ultimately wound down, the impact on the economy is uncertain.

Created in 1934, the U.S. Export-Import Bank ("Ex-Im Bank") is an independent U.S. government agency that operates under a renewable congressional charter that is currently set to expire on September 30, 2014.

Ex-Im Bank is one of at least 38 entities around the world operating as an official Export Credit Agency (ECA) for their country. An ECA is a public entity or a private company that acts on behalf of the state and seeks to complement - and not displace - commercial sources of financing.

The mission of the U.S. Ex-Im Bank is to support jobs in the United States by facilitating the export of U.S. goods and services.  Globally, there are about 60 countries -- a vast majority of countries to which to the U.S. exports -- which have either official or unofficial entities providing export finance support to U.S. competitors.  Because of this competition, Ex-Im Bank aims to "level the playing field" for U.S. exporters.

A key piece of this puzzle is to get the message out that U.S. businesses (and especially small businesses) are in fact benefitting from Ex-Im Bank support. Proponents of the Bank are attempting to educate and inform members of Congress on the importance of Ex-Im Bank to businesses in their districts.

Tell Congress that Ex-Im Bank support is important to your business. By using this link (or typing in www.exportersforexim.org) and clicking on Take Action , you can search by your zip code and send a pre-drafted message to your Congressperson in less than 5 minutes.